Asbestos is the name for a mineral grouping that occurs naturally in nature. It has been widely used, particularly in construction. The fibrous bundles of asbestos are separated to produce thin and durable sheets. The reason why this material has come to be so widely used in various industries is because its fibers have a resistance to heat, fire and chemicals, and it is not a conductor of electricity.

Although the use of asbestos may appear to be practical and harmless, evidence has shown that those exposed to asbestos, whether at home or at the workplace, face a severe health risk. Any disturbance to asbestos products can cause the release of asbestos fibers into the air that may then be breathed in. This can be extremely serious, as when breathed in, the particles could get trapped and remain lodged in the lungs for a long time. The accumulation of these fibers over time causes inflammation and scarring, affecting the respiratory function and can result in severe health problems.

The fact that asbestos has been classified as a human carcinogen should give you a clear idea of the risk it poses. Exposure to asbestos increases the likelihood of developing pleural plaques, pleural thickening, and benign pleural effusions, lung cancer and mesothelioma. Asbestosis is in fact the term for the condition resulting from exposure to asbestos and indicates the presence of symptoms like chest pain, breathing difficulties, scarring, stabbing pains, and other permanent lung damage that increases the risk of the fore mentioned diseases.

There are various factors that can add up to increase the risk posed to you from asbestos exposure.
· The source
· The dosage exposed to
· The duration of the exposure
· The nature of the asbestos fibers or manufacturing process – size, shape and chemical makeup
· Individual considerations such as the presence of a pre-existing lung disease or smoking

The risk of course, increases with heavier and more prolonged exposure, but can also be serious when only brief. Keep in mind that the signs of illness may not surface until long after the initial exposure.
Posted by Unknown at 7:53 AM 3 comments:

Mesothelioma is a rare form of cancer in which malignant (cancerous) cells are found in the mesothelium, a protective sac that covers most of the body’s internal organs. Most people who develop mesothelioma have worked on jobs where they inhaled asbestos particles. 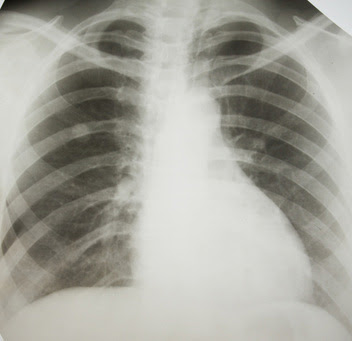 The 2009 International Symposium on Malignant Mesothelioma will take place this June in Washington, DC. Organized by the Mesothelioma Applied Research Foundation (Meso Foundation), the event will feature international specialists as well as mesothelioma patients, caregivers, and advocates.

Leading international experts in the asbestos-related cancer, mesothelioma, will join mesothelioma patients, caregivers, loved ones and advocates to share the latest in treatment, research and clinical trials at the International Symposium on Malignant Mesothelioma. The event starts on Thursday, June 25th and runs through Saturday June 27th at the Omni Shoreham Hotel, in Washington, DC.

The Symposium, organized annually by the Mesothelioma Applied Research Foundation (Meso Foundation) will highlight the latest advances in mesothelioma research and treatment for patients and caregivers, offer psychosocial support to them and those who have lost loved ones to the disease, and provide all who are intent on helping to find a cure for mesothelioma with significant advocacy and volunteer opportunities.

Sessions during the three-day conference will feature worldwide mesothelioma experts discussing the most current developments in research, treatments and projected initiatives. Science Day also provides the lay participants with the opportunity to interact informally and extensively with the experts. More information about the sessions is on the Meso Foundation’s website.

At the Gala Dinner Friday evening, the Meso Foundation and the community will honor patients living with mesothelioma, and give the Foundation’s traditional three annual awards. The Bruce Vento Hope Builder Award, named for the late Minnesota Congressman who died from mesothelioma in 2000, acknowledges the support and initiatives of a political leader. The Pioneer Award highlights the contribution made by a researcher or company toward new mesothelioma treatment options. And the Volunteer of the Year Award honors the efforts of the members of the community.

Friday morning includes a tribute ceremony for the community to remember and acknowledge those who have been lost to mesothelioma. All those who have lost a loved one to the disease are invited to submit their loved one’s name and photograph and participate in this special ceremony.

To register for the symposium or for additional information, please visit the Meso Foundation’s website at http://www.curemeso.org.

The CDC’s April 24, 2009 Morbidity and Mortality Weekly Report served as a reminder to some and alert to others of the deadly and lingering effects of asbestos. The report, "Malignant Mesothelioma Mortality – United States, 1999-2005," reviewed annual deaths attributable to malignant mesothelioma, a cancer caused by asbestos, compared to population, death rates, and asbestos usage.

Cause of death records from the NIOSH’s NORMS database show the number of malignant mesothelioma deaths rose from 2,482 in 1999 to 2,704 in 2005. A 2004 article from the American Journal of Epidemiology cited by the MMWR report suggests the diagnosis of mesothelioma may peak in 20101.

These increases, despite the sharp decline in asbestos usage since importation of the mineral peaked in 1973, are a result of the long latency period between asbestos exposure and disease progression. Asbestos-related diseases often develop 20, 30, or 40 years after the initial exposure.

However, the MMWR report cautions against complacency. Asbestos is not banned; some 1700 metric tons were imported into the US in 2007.

While this is a far cry from the more than 800,000 metric tons imported annually at the height of asbestos use, this "new" asbestos combined with the substantial amounts of already present in buildings makes asbestos exposure a concerning risk even today. According to OSHA’s estimates, "1.3 million construction and general industry workers potentially are being exposed to asbestos."

Even if the number of new mesothelioma cases begins to decline in 2010, it will be years before the effects of decades of poor asbestos management and lackluster concern for worker safety are no longer apparent in the statistics.

The six states with the highest rate of death attributable to mesothelioma were:

Which occupations are at risk from Mesothelioma Disease

These occupations are at high risk from mesothelima disease.

Posted by Unknown at 6:33 AM No comments:

Mesothelioma patients often suffer from a great deal of pain as a result of their illness. Tumors can press on nerves, organs or bones causing pain ranging from mild to severe. There can also be pain associated with the mesothelioma treatment itself - whether treatment is from surgery, chemotherapy or radiation. Psychological pain associated with the knowledge that you have cancer or the belief that the demands of cancer are burdensome to family and friends can be difficult, as well.

The three most common types of pain are chronic, acute and breakthrough. Chronic pain can be varying in degree from mild to severe and persists over a long time. Acute pain is short in duration, quite sudden and severe. Someone who experiences pain when his or her chronic pain is normally controlled by medication is said to have "breakthrough" pain.

Many patients are unaware of the numerous resources available that can help them feel better - some of them at no cost. There is no benefit to enduring this pain as it can cause problems sleeping, problems with activity and movement, make a patient less likely to eat, increase depression, and interfere with how a patient interacts with family and friends. Untreated, pain can diminish a patient’s quality of life.

Posted by Unknown at 6:16 AM No comments: